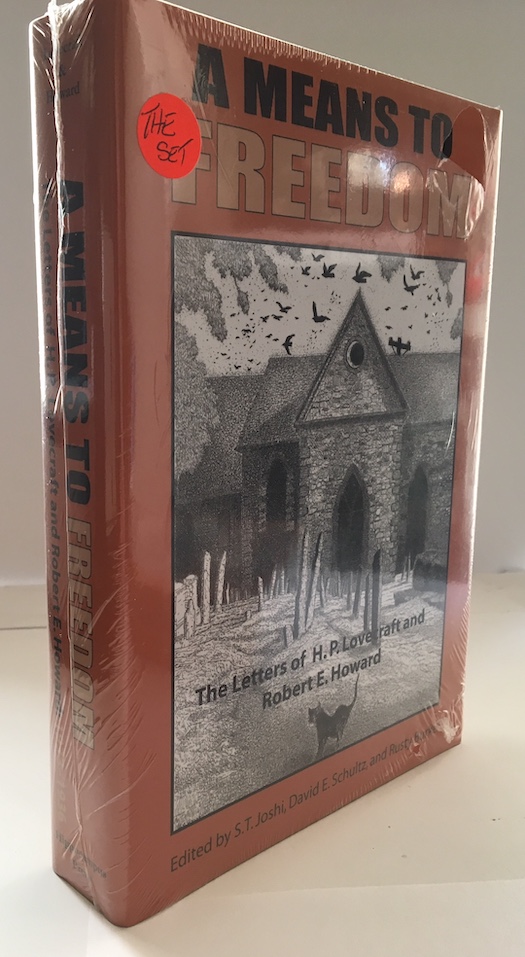 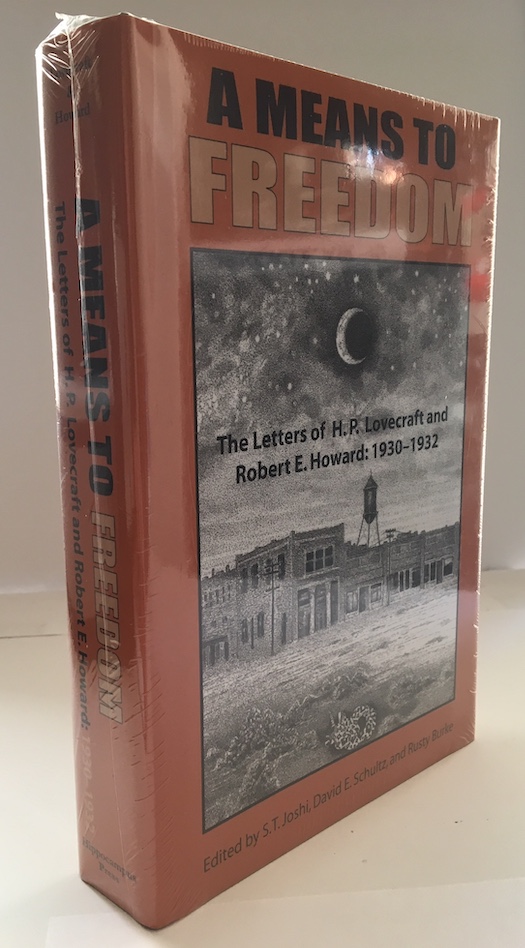 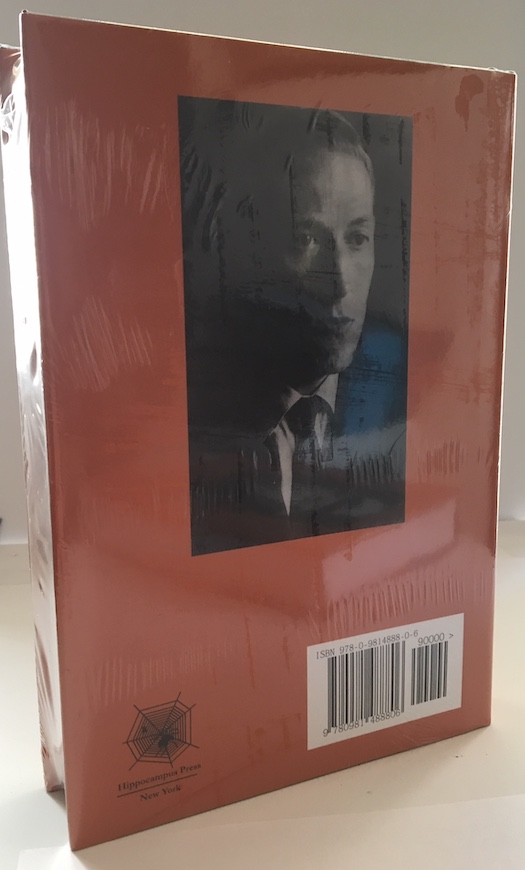 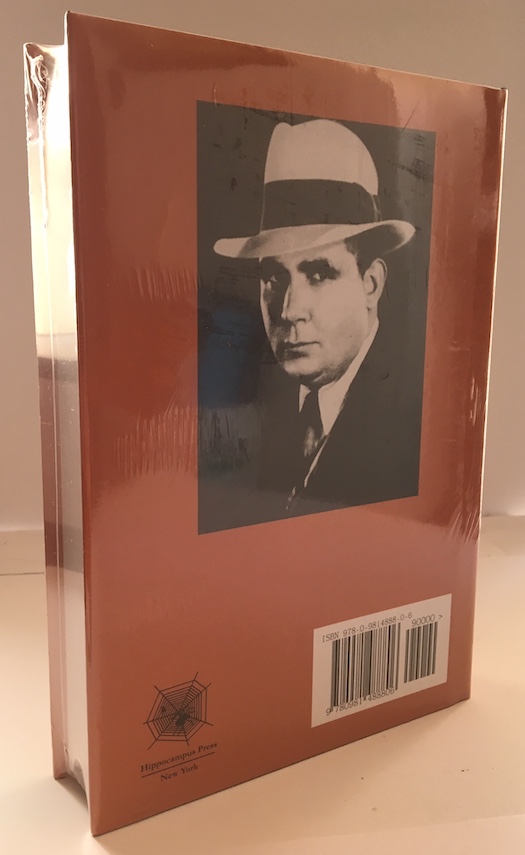 An epistolary correspondence from 1930 until May, 1936, between two of the major authors of Fantasy & SF—Robert E. Howard and Howard Phillips Lovecraft. Nearly 1000 pages of their letters are reproduced in print within these two volumes. The letters are longer than many of their stories and is not idle chit-chat, but intellectual repartie of the highest order. It's as if they were both challenging each other. Edited by HPL authorities, S.T. Joshi and David E. Schultz, and Robert E. Howard expert, Rusty Burke. Only 300 sets of this hardbound first edition was published. As new, still in shrinkwrap. Also have one paperbound set.