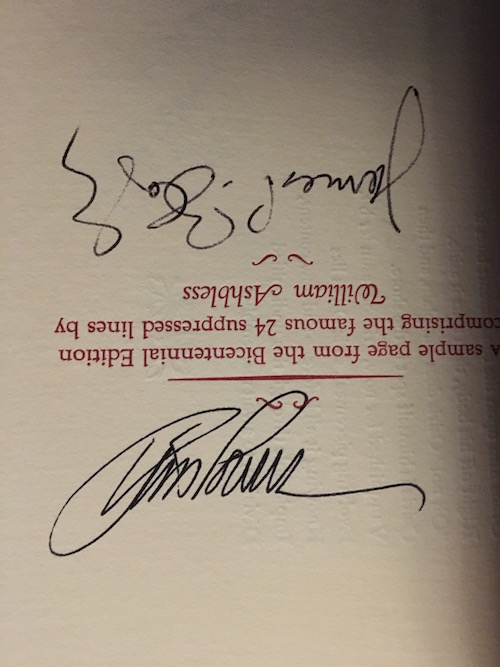 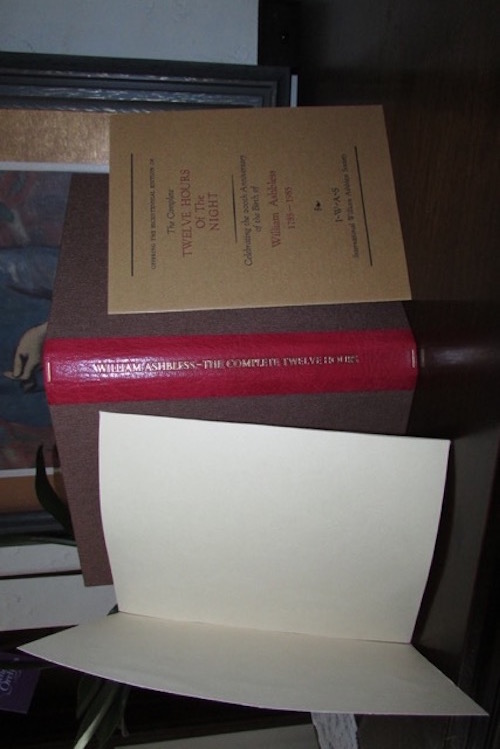 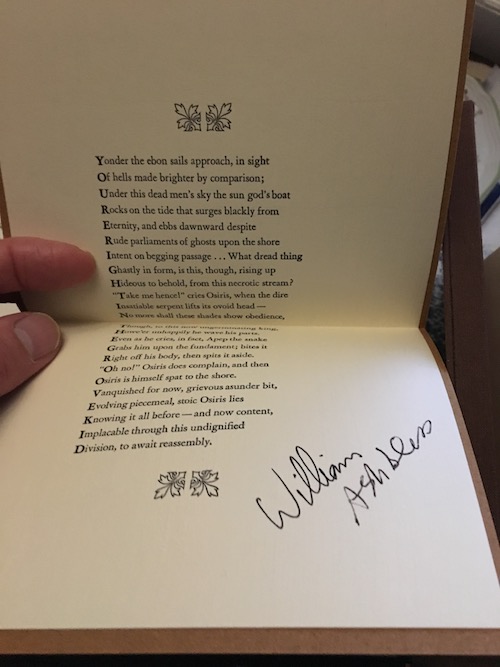 Noted in the "Tim Powers Bibliography" Secret Histories," p. 155, this spoof was produced by Jan & George O'Nale of CHEAP STREET publishers in an edition of only 355 copies - as a special printed give-away to accompany a panel with James P. Blaylock & Tim Powers in Tucson for the 1985 World Fantasy Convention. This wonderful chapbook of only eight pages including covers reprints a 24 line poem with the line-leads being, "YOURRIGHTINTHEGROOVEKID" by the noted or should I say, un-noted poet, "William Ashbless." Much of the edition was trashed as people didn't bother to save it. The reference "YRITGK" is taken from the Anson MacDonald (Robert Heinlein) story, "By His Bootstraps." This is SIGNED by all: Powers, Blaylock and ASHBLESS!This copy is housed in a handsome 1/4 leather traycase designed, built by the noted bookbinder, Gray Parrot.Berlyne, (ed), Secret Histories A2b.1