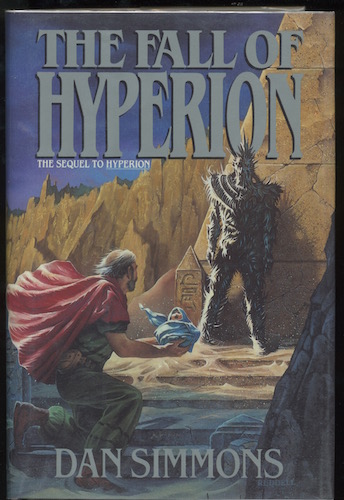 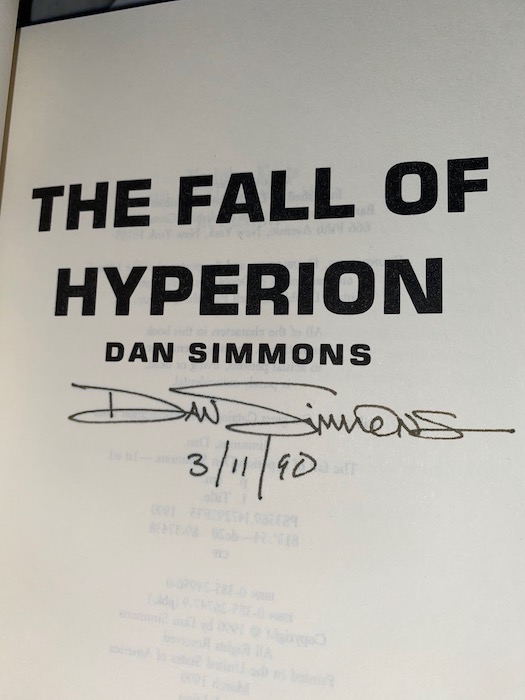 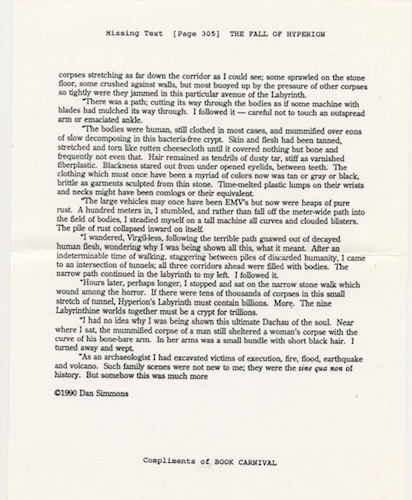 The much lauded conclusion to HYPERION (Thank you, no trilogy!). Nominated for both the Hugo and Nebula awards, and winner of the BSFA (British Science Fiction Association) Awarded for Best Novel, and Locus magazine, for best SF Novel. ". . . bears comparison with such classics as Isaac Asimov's ''Foundation'' series, Frank Herbert's ''Dune'' and Gene Wolfe's ''Book of the New Sun.''—Tne New York Times. Signed and dated by the author in a very readable hand, upon the title-page, the month/year of publication, at a signing held at the late Ed Thomas's—Book Carnival. Errata leaf laid-in. A very fine, crisp copy in like d.j.