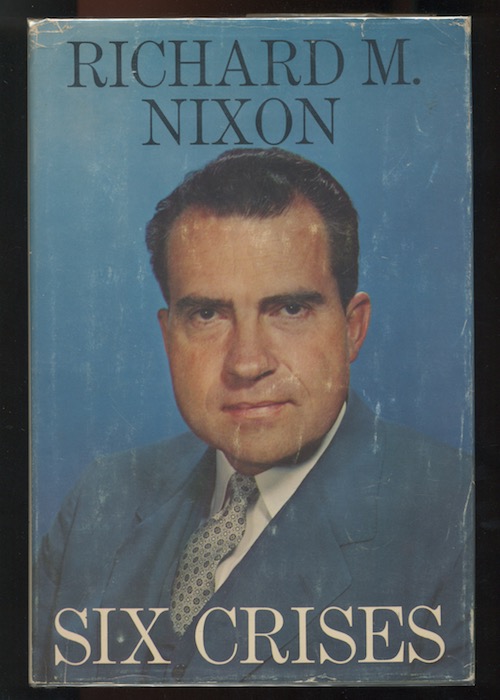 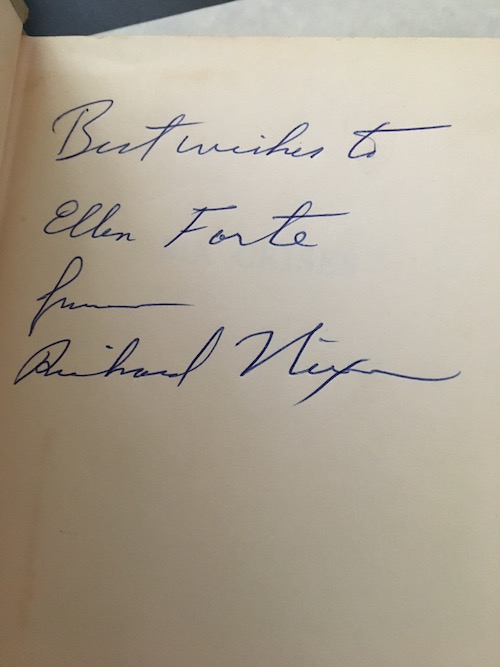 Recently defeated in the 1960 Presidential election by Democrat, John F.Kennedy, Richard M. Nixon found himself with still seething political ambitions and much time on his hands and decided to write a book. SIX CRISES, documents Nixon's own thoughts and actions during what he deemed the most significant events in his political life, up to that time: THE HISS CASE, Nixon's controversial FUND of the 1952 campaign, PRESIDENT EISENHOWER's heart attack, Nixon's visit and the riot in CARACAS, NIXON vs KRUSCHEV, and the 1960 campaign for the Presidency. A SIGNED, INSCRIBED copy—"Best wishes to Ellen Forte from Richard Nixon." A very good copy in d.j.