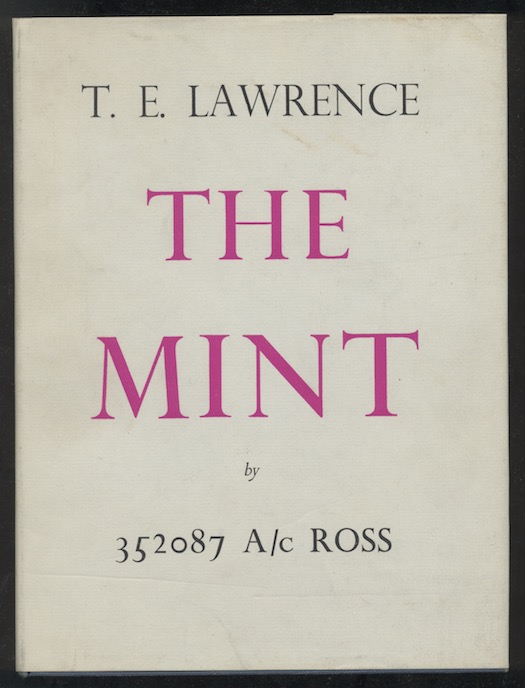 Sometime after his heroics in the Arab Revolt and perhaps a nervous breakdown, Lawrence enlisted in the Royal Air Force under the alias of John Hume Ross. Unmasked and booted out, Lawrence enlisted in the Tank Corps only to a short time later be reenlisted in the R.A.F., again and during that time wrote of those experiences for this book published twenty years after his death. A peculiar book in that "the coarse words automatic in barrack-room speech have been eliminated, (but put in the limited edition) " so there are these very unsightly blank spots " " in the text. A fine unread copy in just slightly soiled d.j..