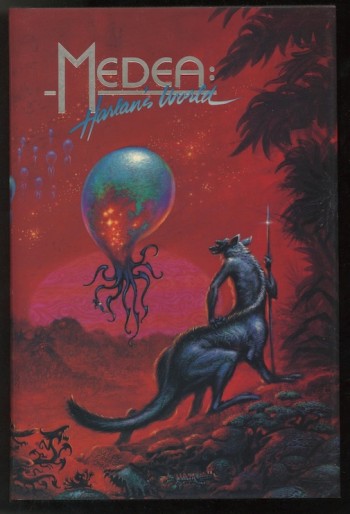 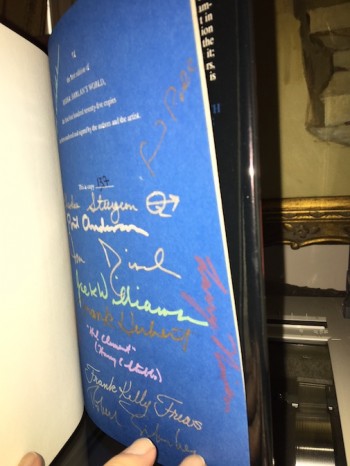 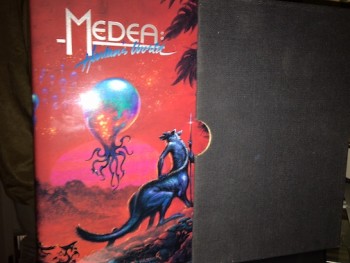 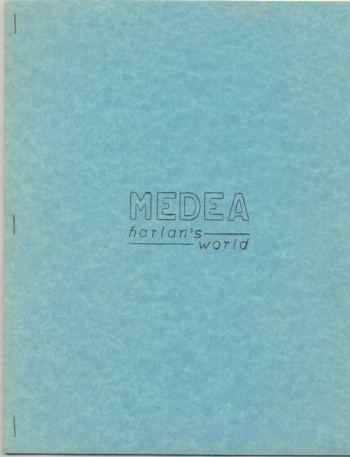 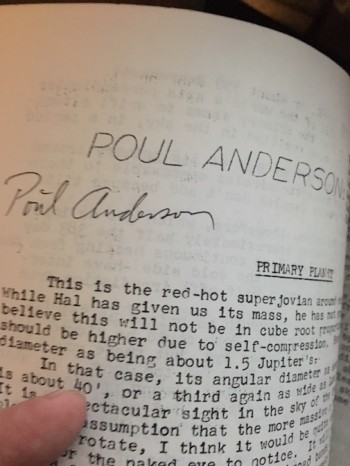 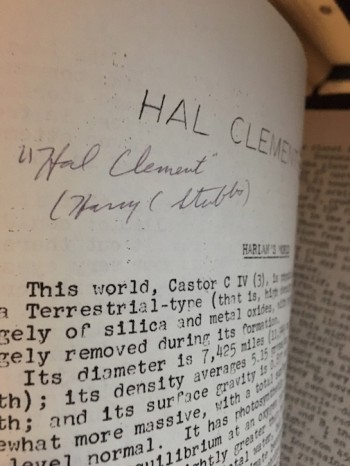 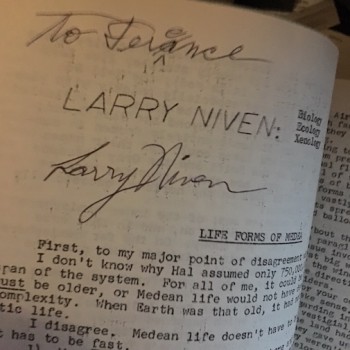 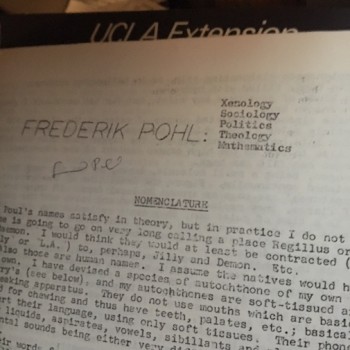 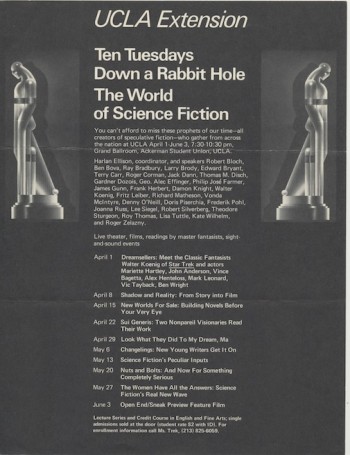 MEDEA:HARLAN'S WORLD. The book which took ten years for completion from it's original conception initiated as a PRECIS from the UCLA Extension class entitled—TEN TUESDAYS DOWN A RABBIT HOLE: THE WORLD OF SCIENCE FICTION. Story contributors were HARLAN ELLISON, JACK WILLIAMSON, THEODORE STURGEON, HAL CLEMENT, POUL ANDERSON, THOMAS DISCH, FRANK HERBERT, KATE WILHELM, and ROBERT SILVERBERG, with the dust-jacket illustration by FRANK KELLY FREAS. The book was SIGNED by all contributors and issued in a limited edition of 475 copies, slipcased.WHAT IS ALSO INCLUDED IS THE ORIGINAL PRECIS:From April 1—June 3, 1975, afrom 7:30—10:30 in the evening, Harlan Ellison hosted a course at UCLA, entitled, TEN TUESDAYS DOWN A RABBIT HOLE:THE WORLD OF SCIENCE FICTION. The third week of attendance "Building a world before your very eyes"—Harlan's world—the world that was named MEDEA, featured the author/scientists who would build that world—POUL ANDERSON, HAL CLEMENT, LARRY NIVEN and FREDERIK POHL (and of course, Harlan himself). A stapled booklet of 23 pages was distributed to the audience—there were not enough to go around but I managed through much elbowing to get a copy—detailing each author's particular area of expertise; these specifics were added to that evening from suggestions from the audience. I have had that booklet in my posession for more than forty years, and since that time got all the contributors to SIGN the book EXCEPT Ellison—who would not sign. Along with the booklet is the original announcement for the course.