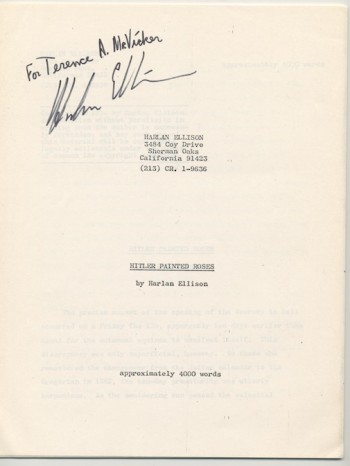 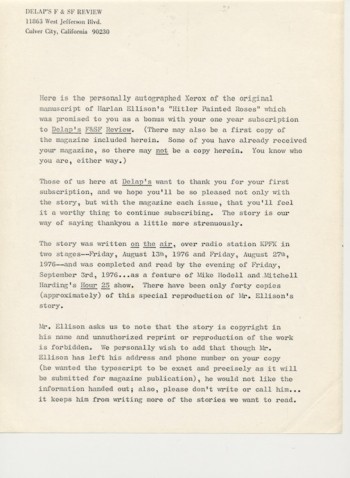 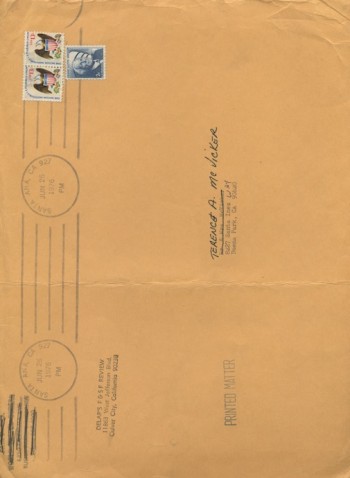 Limited to only forty signed copies, this first printing xerox copy of the manuscript of HITLER PAINTED ROSES written/published by Harlan Ellison, was issued as a special promotion if you subscribed to Delap's F & SF REVIEW. The story was written on the air, over radio station KPFK on Friday, Augst 13th 1976 and Friday, August 27th 1976 and was completed and read by the author, Friday September 3, 1976 as a feature of Mike Hodell and Mitchell Harding's program—HOUR 25. Included is the original cover letter and original self-addressed-stamped envelope, as required by the publisher. The xerox typescript is SIGNED by the author and inscribed, "For Terence A. McVicker." Hard to believe it was more than forty years ago! The end of the Dangerous Visionist era. HITLER PAINTED ROSES was later collected in the author's collection—STRANGE WINE—see that entry in my listing.