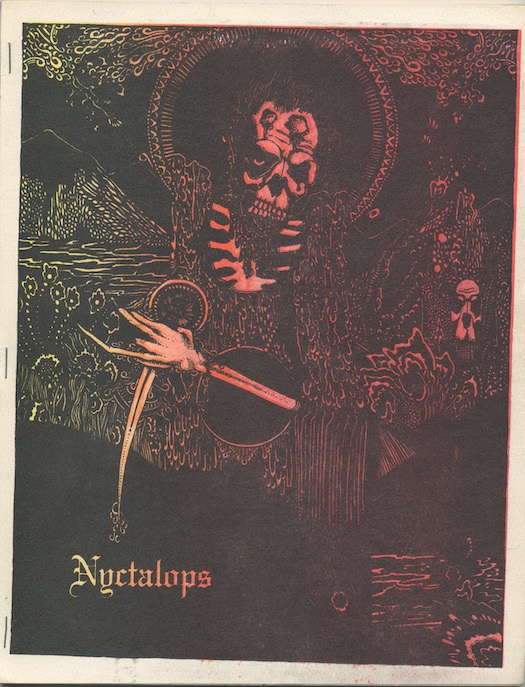 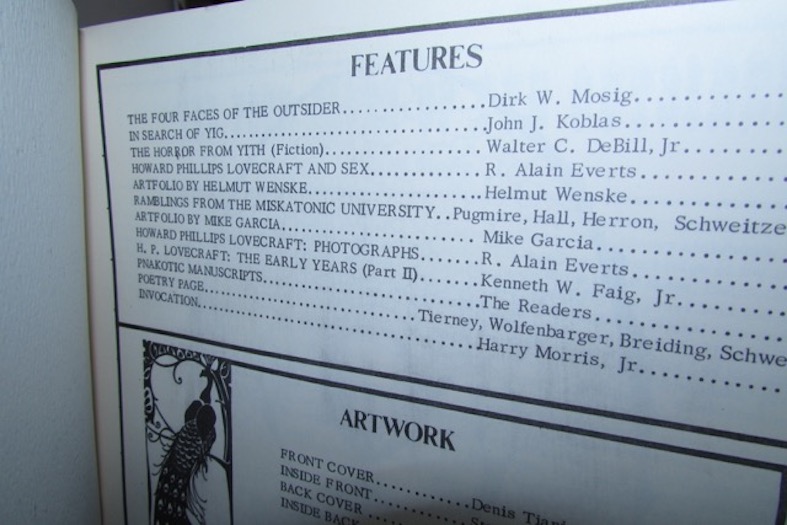 This being the July issue. Before CRYPT OF CTHULHU there was NYCTALOPS which focussed primarily on H.P. Lovecraft, the man and his fictions, but they also veered off into Clark Ashton Smith country and other areas of the weird. NYCTALOPS was noted for its artwork, perhaps because Harry Morris himself, was an acclaimed artist. All NYCTALOPS issues are highly collected and difficult to come by. Just have a look at the scan of the Table of Contents page for additional info. There are many photographs of HPL in this issue. Print-runs, if memory serves, were usually around 1000 copies. A near fine copy.