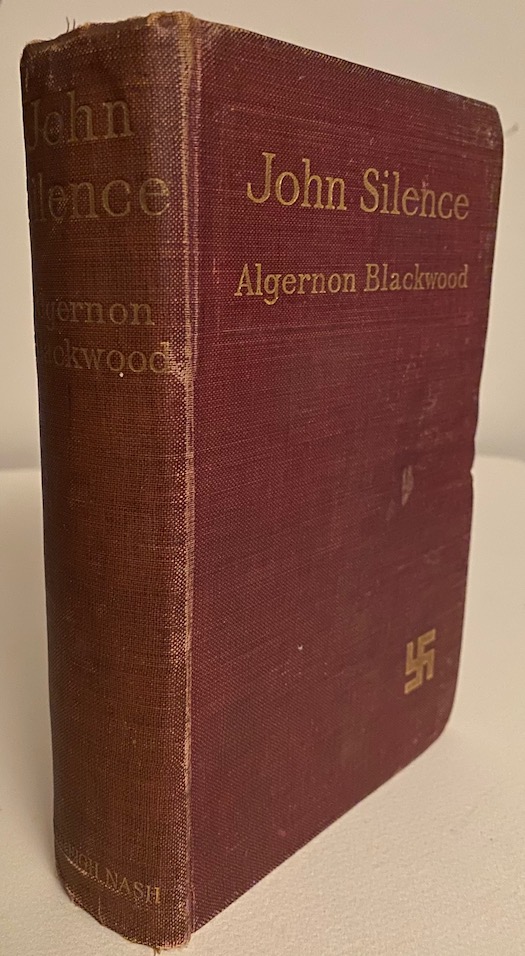 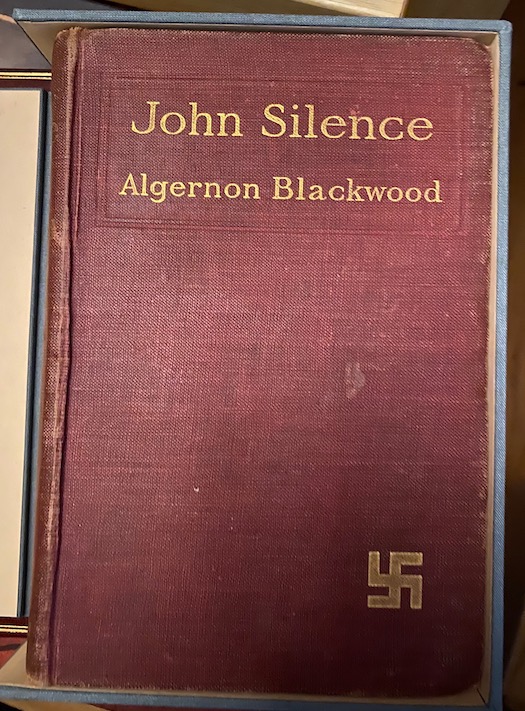 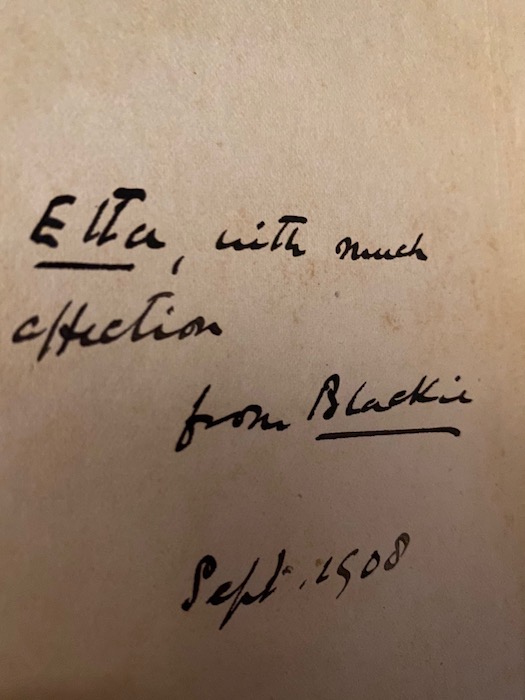 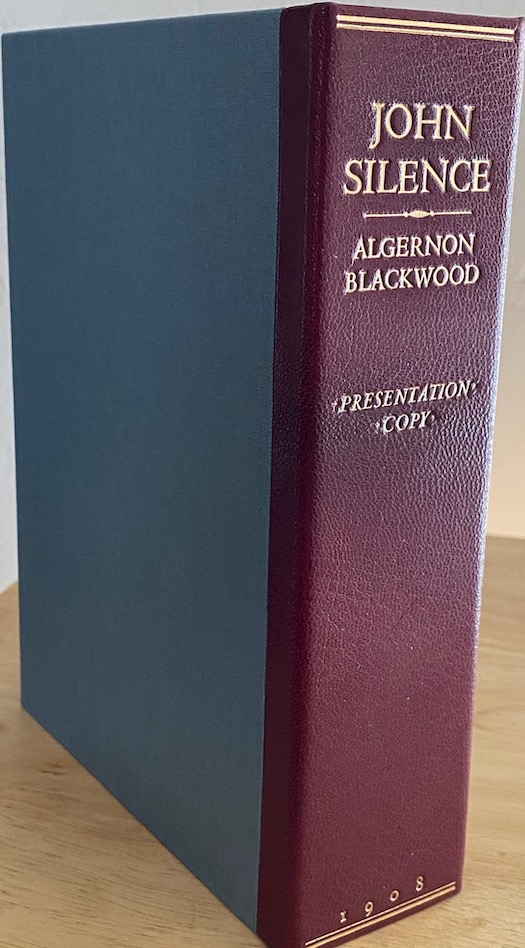 John Silence is the Sherlock Holmes of psychic detectives featured in these six tales: A Psychical Invasion, Ancient Sorceries, The Nemesis of Fire, Secret Worship, and The Camp of the Dog. Blackwood's most popular book, and one wonders why he abandoned the character. A presentation copy, dated the month/year of publication. "For Elta, with much affection from Blackie. Sept. 1908." Now, although we do not yet know who "Elta" was, "with much affection" could've been a man or a woman, but such an early dated inscription indicates someone very close, very dear to Blackwood. And as Blackwood's biographer has noted, "John Silence made Blackwood's name and reputation. It is still the book he best remembered for to this day."—Mike Ashley, author of Starlight-Man, The Extraordinary Life of Algernon Blackwood. The book that launched a thousand imitators. It's a v.g.- copy given its age, with a slight lean, dusted pages, but the spine gilt is still readable and the cover-stamping quite fresh. A book rarely found signed/inscribed. In a handsome, classic, leather-spined Gray Parrot traycase.