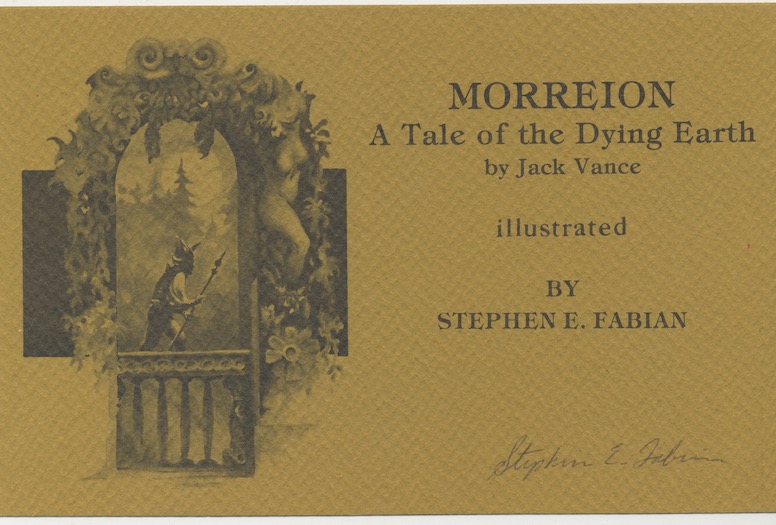 An illustrated presentation of this 'Dying Earth' sequel, with the return of Rhialto. Originally a story featured in Lin Carter's edited series, 'Flashing Swords.' Ilustration by Stephen Fabian, at the height of his powers, with sixteen full-page black & white plates. Only 1200 copies published, this beine one of 1000, and bearing a laid-in, illustrated card as issued by the publisher, signed by the artist. Fine in d.j. An oversized book.