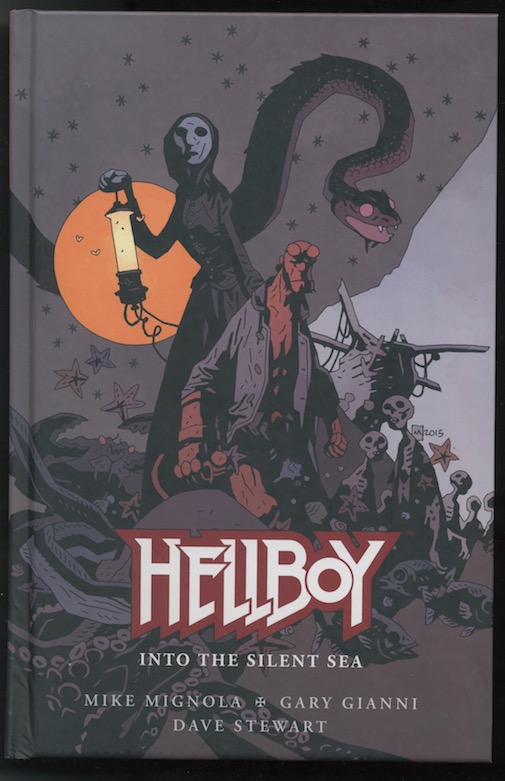 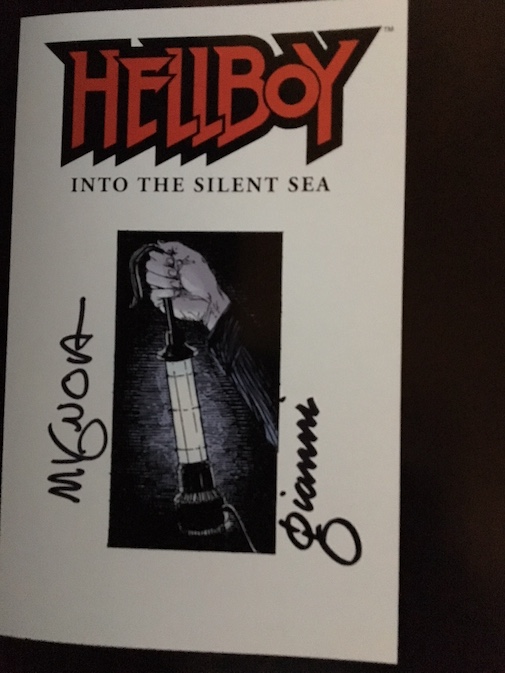 The hardcover-comic edition of HELLBOY's final(?) adventure—INTO THE SILENT SEA. Storied by Mike Mignola and Gary Gianni, with a terrific cover-painting by Mignola, and incredible interior illustrations by Gianni. Coloring the illustrations was Dave Stewart who deserves a hardy "Hi Ho!" for a wonderful job. It's a splendid book and led to the deluxe, oversized production of HELLBOY INTO THE SILENT SEA: THE STUDIO EDITION, published by John Fleskes, which you must have as well. Simply beautiful work! I have a few remaining copies SIGNED by both MIGNOLA & GIANNI.