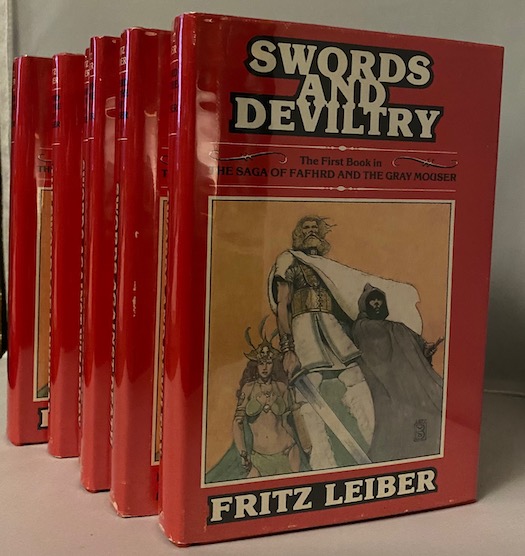 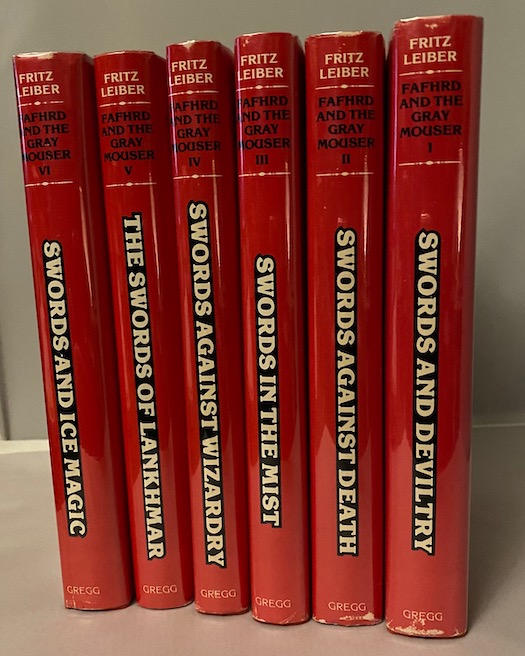 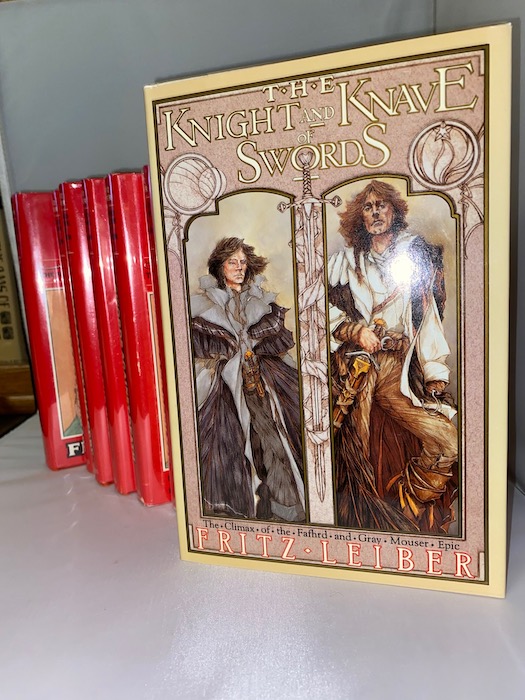 This six-volume set gathered all the Fafhrd & Gray Mouser stories published up until that time, but. . . a mere year later, Heroes and Horrors, published by Whispers Press, added two additional F & GM tales—Sea Magic, and the longer tale—The Mer She. . . but still Fritz was not finished with the cycle, for in 1983 he published the tale, The Curse of the Smalls and the Stars, and in 1987, The Mouser Goes Below. Fritz Reuter Leiber, Jr., died at the age of eighty-two; Fafhrd and the Gray Mouser evolved with him, from just after the Great Depression until nearly his last creative breath, in 1990. To this six volume, very handsome set issued by Gregg Press, I have thrown in for free, The Knight and Knave of Swords, published by Morrow, which comprises the few additional tales published after the Gregg Press iset. All volumes are fine in fine d.j., with just some slight rubbing to the d.j's., of the Gregg Press set, a flaw that seems to be present in every set I've seen.