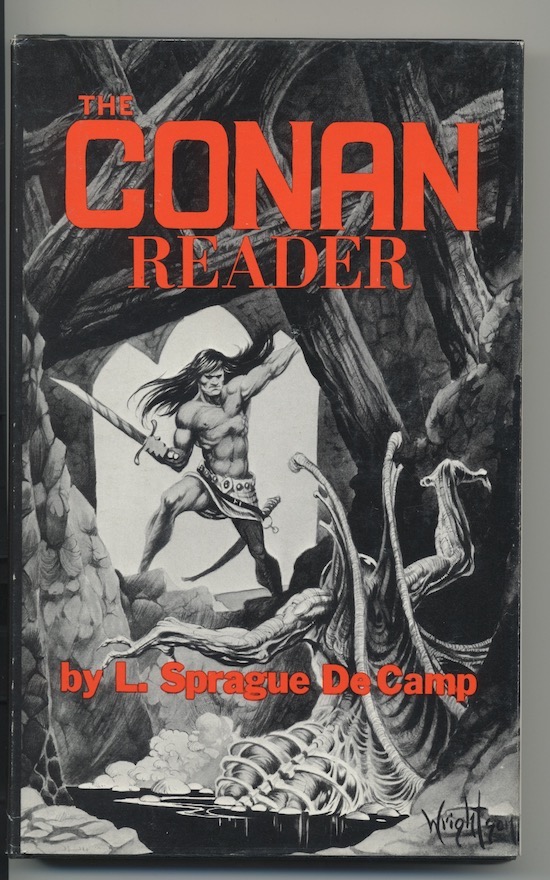 This being a collection of thirteen essays by L. Sprague deCamp, originally published in the George Scithers fanzine, AMRA. DeCamp explores various topics in the writings of Robert E. Howard, analyzing and testing the veracity and consistancy of the characters, technology and mythology of REH's, Hyborian world. Very well thought out, and entertaining. The germ for the full-blown biography of REH, deCamp would publish fifteen years later. These essays proved so popular with REH fans that two additional volumes were published, both available on site. Berni Wrightson's first book cover, and a good one too! A fine copy with lightly rubbed d.j., at spine top & bottom. A nice copy.