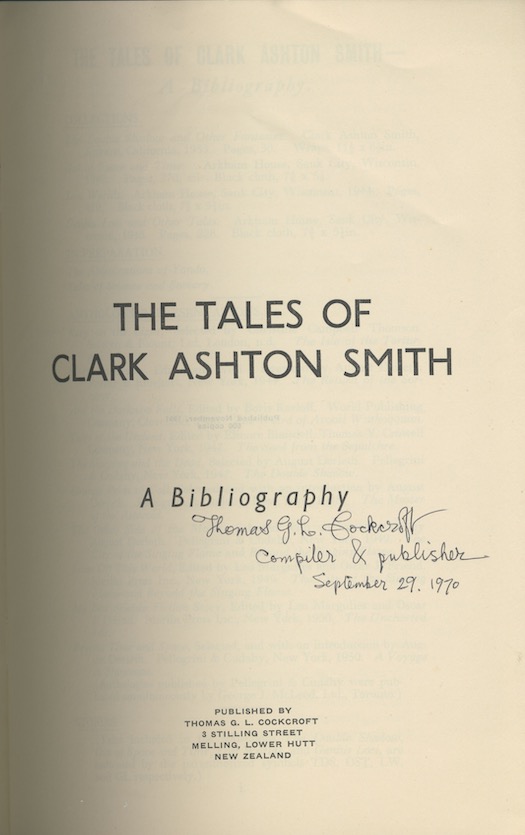 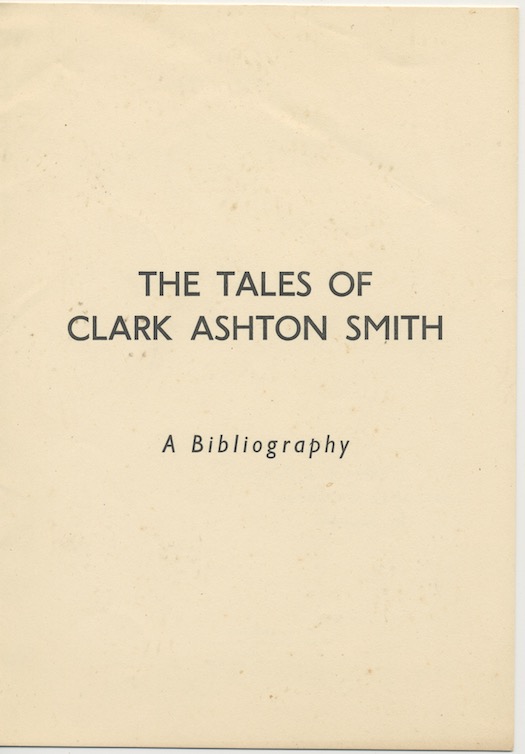 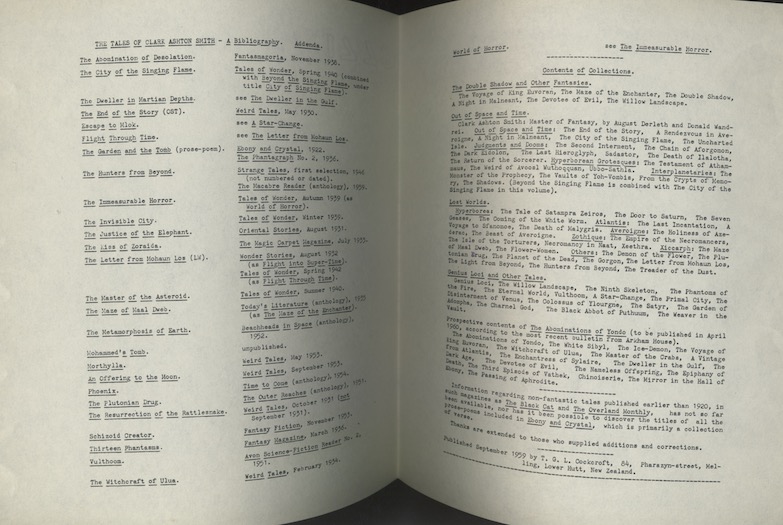 The first bibliography of the tales of Clark Ashton Smith, and the first book by a young weird fiction fan from New Zealand, Thomas George Lawrence Cockcroft. Includes all of Smith's book appearences, anthologies, and magazine appearances. Clark Ashton Smith, a few weeks before his death, wrote to Cockcroft "Your publication proved invaluable in making up a list for Derleth against my upcoming volume, Tales of Science & Sorcery, since I had lost, given away, or had stolen so many of my own copies. I could not have located the tales without your bibliography." Only 500 copies were printed, with far fewer copies of his addenda. The booklet is signed "Thomas G.L. Cockcroft, Compiler & Publisher, September 29, 1970." Included is his 1959 addena, laid-in. A near fine copy, stapled booklet of five pages plus covers.